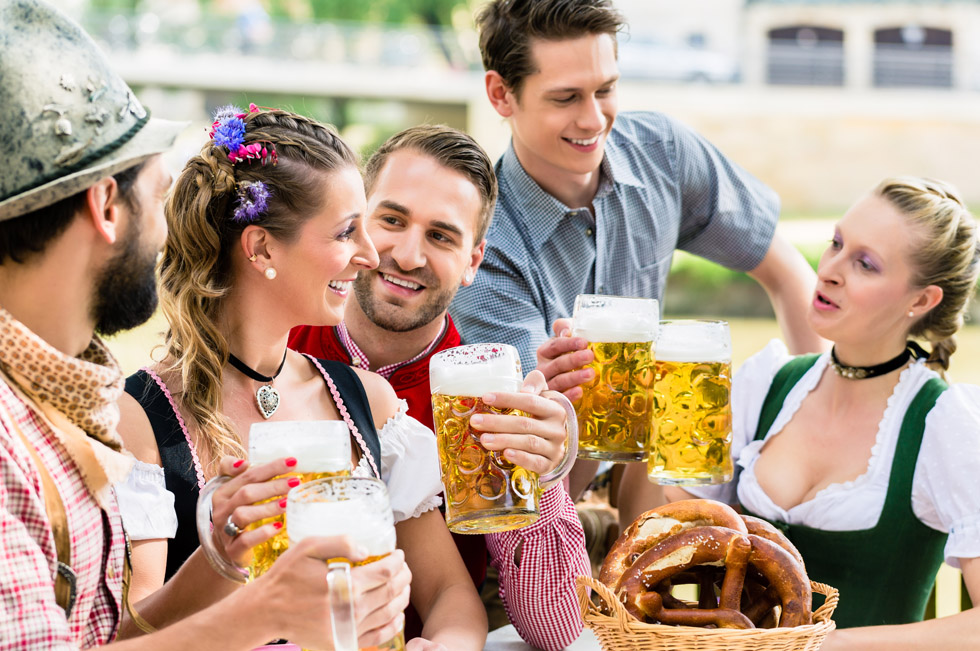 Anyone who enjoys a beer will head to one same destination in Brazil, in the month of October. The Oktoberfest held in the city of Blumenau, State of Santa Catarina, is an ode to this old drink and attracts thousands of visitors every year. Second in size only to the festival that was its inspiration – the Oktoberfest in Munich, Germany, the Brazilian party is one of the most important Germanic commemorations within the Americas. This year, the Oktoberfest takes place between 5 and 23 October.

The Oktoberfest in Blumenau was established in 1984, initially with the aim of recovering the local economy and cheering up the inhabitants of Blumenau after a heavy flood that hit the region. The great German tradition, held in the city, brought 100,000 people to the event. In the following years, the Oktoberfest became an even bigger success. The average number of individuals who attend the event is 500,000 people every year, and the average consumption of beer is 600 thousand litres.

However, the event is not only about beer. Other aspects of German culture, including typical food, traditional music, and typical dress also set the tone of the game, which also has hunting and shooting clubs. During the festival, there are German folkloric dance performances. These groups also perform at the parade which officially kicks off the festivities and at the Oktoberfest’s official venue, the Vila Germânica Park every day.

Another highlight of the event is the Concurso de Tomadores de Chopp em Metro, which occurs every night except the first and last nights of the festival. The participants need to drink a metre of ale (about 600 ml) without drooling and without ever removing the bulb from the mouth. Whoever does this in the shortest time is the winner. The current records are 12.36 seconds for women and 10.78 seconds for men. The beer used in the competition has been alcohol-free since 2013.

The partying in Blumenau also includes a contest to choose the ‘Queen of the Oktoberfest’, on the last day of the event. In this competition, ten candidates are appraised based on posture, liveliness, communication, beauty and friendliness. The winner becomes the ‘face of the event’ and responsible for the publicity of the Oktoberfest of the following year.

To encourage participants wearing traditional attire to the festival, the organiser offers them special discounts on ticket prices. From Thursday to Saturday, as well as on holidays and eves of holidays, half price is charged for anyone in typical regional costumes. From Sunday to Wednesday, admittance is free.

However, to take part in the special offer, there are some special rules that need to be followed. Men must not wear sandals, caps or dark glasses, for example, while women must not use large handbags, accessories, or short dresses. The full rules may be checked out on the Internet at http://www.oktoberfestblumenau.com.br.

Tickets: USD 3.10 (Sundays, Tuesdays and Wednesdays); USD 9.30 (Fridays and holidays); USD 12.40 (Saturdays and eves of holidays). Admittance is free for the opening and closing ceremonies, and also on Mondays.