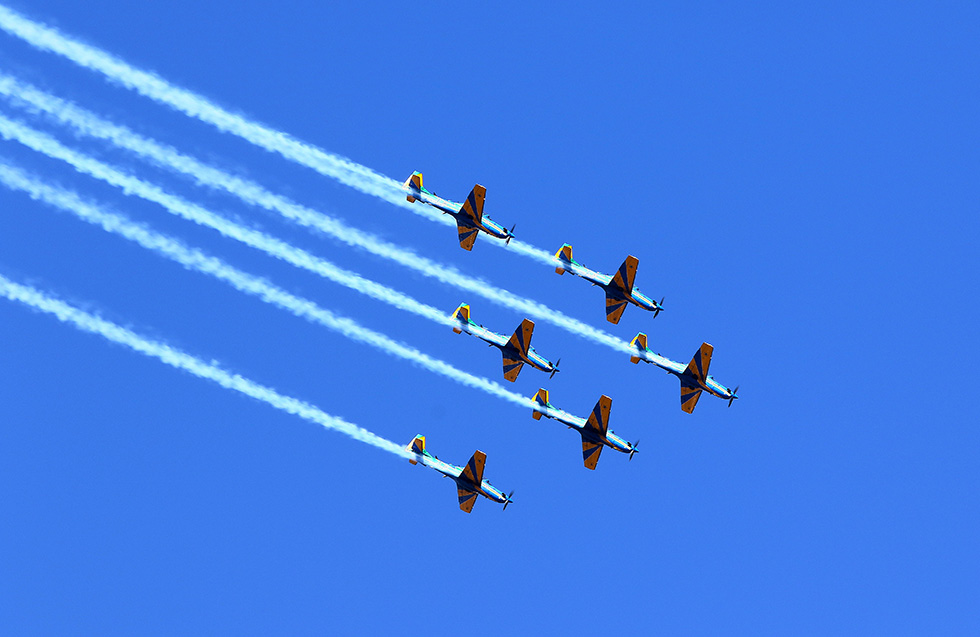 Rio de Janeiro spared no expense on security for the 2016 Olympic Games. An additional cash allocation of BRL 78 million has just been announced by the Federal Government, meaning that the total funding to be used for security now comes to over BRL 650 million. In general, since 2015, a sum of BRL 1.6 billion has been invested in security.

The Brazilian Federal Police and the Armed Forces shall act together, with a total of 88 thousand people on duty, distributed among public security and Defence. In military terms alone, there shall be 22 thousand people working to assure the security of this major sporting event.  The personnel shall operate not only in Rio de Janeiro but also in the other cities that shall host the football matches.

There shall also be the use of 12 ships , 1,169 vehicles, 70 armoured vehicles, 28 helicopters, 48 vessels of different types, and 174 motorcycles. While the Army will patrol the areas used in the competitions, in the neighbourhoods of Barra da Tijuca, Deodoro and Maracanã, and also at the airports, the Brazilian Navy shall be responsible for the beachfront in São Conrado and Caju.

The Brazilian Air Force is also on the lookout, and any unrecognised plane that attempts entry into the areas of competition may be shot down. This measure is to prevent possible terror attacks even though their Minister of Defence, Raul Jungmann, has assured the public that none of the 106 intelligence agencies globally collaborating on the security of the Olympics has suggested any terror threat at the moment.

A special operation is part of the security arrangements for the Olympic Games in Rio de Janeiro. Based in Deodoro, a special brigade of 2,000 paratroopers shall be active in strategic locations, including tourist attractions, train stations, and the motorway system.

As the elite of the Brazilian Army, this brigade is ready to take action in situations of extreme emergency. The military has already taken over the streets of Rio de Janeiro  and, by 24 July, they shall have the full support of the entire 90 thousand-strong team.

Apart from the Government forces, private agents guarantee the security of the Rio de Janeiro Olympics. Partly paid for by the International Olympic Committee (IOC), the private security shall be responsible for the 87 areas not used for competitions, such as the administrative areas and general assets. In all, a total of BRL 22 million  has been reserved for these services.