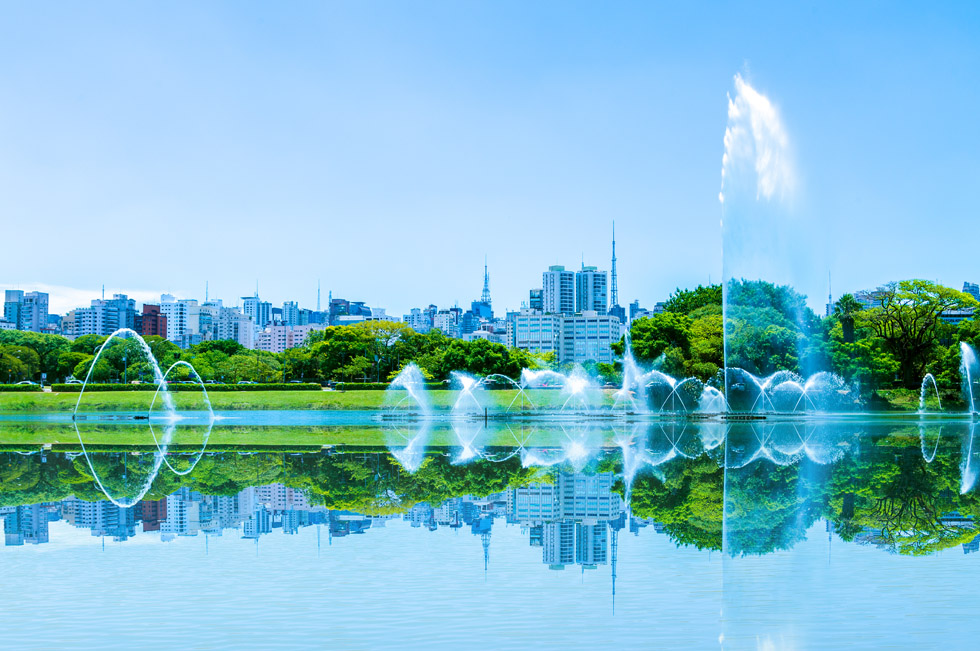 Often known as the concrete jungle, São Paulo hides some breathing spaces in the middle of the high-rise buildings that make up its skyline. One of these rare green areas is Ibirapuera Park, which is also one of the first large urban parks in Brazil. It was first opened in 1954, and then, in 2015, it was considered the best urban park in the world by the British newspaper ‘The Guardian’.

The highlights of the Ibirapuera Park include its architectural design, which was the work of Oscar Niemeyer, a world-famous Brazilian modernist architect, and also the sheer size of this park which spans 221 hectares. At this location, one can observe nearly 500 species of plants and 220 species of animals. These include 35 species of butterflies and 156 species of birds.

The park also has a running track, a playground, snack bars, a cycle lane, a bicycle rental service, a multi-sports court, gymnastics equipment, and a square that was designed by famous landscape gardener Burle Marx. The park has recently been further enhanced by the presence of a skating track, a work of interventionist art by South Korean artist Koo Jeong A.This work was designed for the 32nd Art Biennial, which shall be on show at the Ibirapuera Park until 11 December this year.

In fact, the Biennial Exhibition has its very own venue in the park – the iconic Ciccillo Matarazzo Pavilion, opened in 1957, is also a masterpiece by Niemeyer and is now an example of heritage-listed architecture.

The Ibirapuera Park is also home to the Oca Building, an exhibition venue with over 10,000 square metres; the Afro-Brazil and Modern Art Museums; an auditorium; a gymnasium; and a planetarium. At this location, one can also check out the Japanese Pavilion. Inspired by the Katsura Palace in Kyoto, it is dedicated to the memory of Japanese culture in the capital of the state of São Paulo.

Among the monuments scattered throughout the park, one highlight worthy mentioning is the Monumento às Bandeiras, the work of Victor Brecheret. With over 240 blocks of granite, each weighing 50 tonnes, this monument is in honour of the Brazilian explorers or Bandeirantes, responsible for opening up the interior of Brazil. This sculpture is at the entrance to the park, at Praça Armando Salles de Oliveira.

One of the most attractive areas in Ibirapuera Park, however, is the lake that divides the social sphere from the field of contemplation. In the lake, there is a fountain which operates daily and has a multimedia spectacle, combining lights, movement and sound. The multimedia fountain show runs Monday to Friday from 12 noon to 2 p.m. and from 8 p.m. to 10 p.m., and Saturdays and Sundays in the evening from 8.30 p.m. to 9.30 p.m.

The park itself is open from 5 a.m. to midnight, except on Saturdays to Sundays, when the park is open round the clock. Admittance is free.