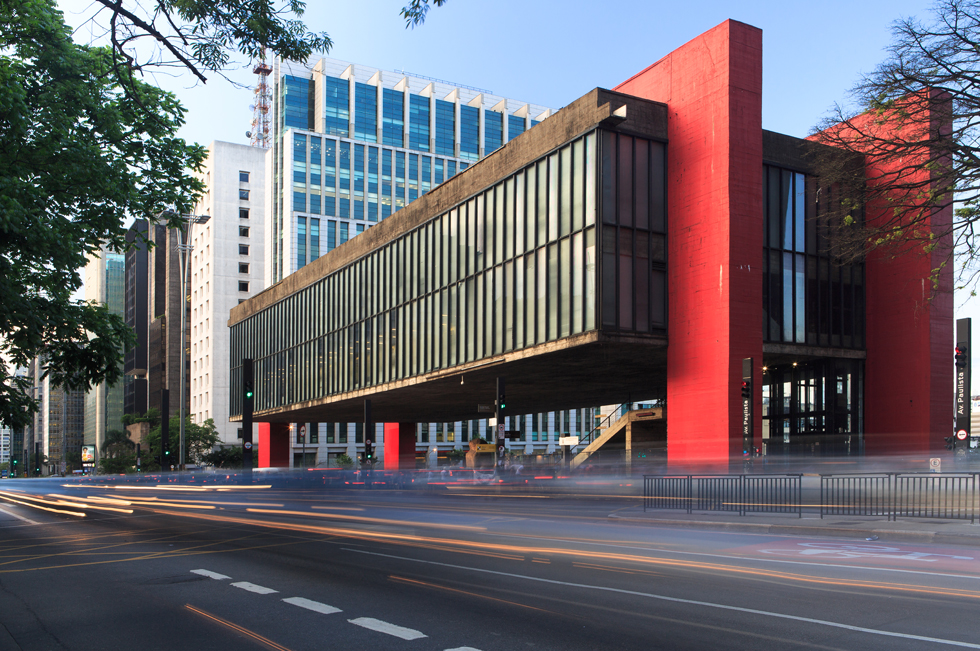 In the middle of iconic Paulista Avenue, in São Paulo, one building stands out from the others. It is the São Paulo Art Museum (MASP), with its four red pillars that sustain the building which stands more than 70 metres tall, thus forming an immense free beam. The idea was that of architect Lina Bo Bardi, to comply with a requirement made by the person who donated the land: that the view to downtown São Paulo and the Cantareira Hills should be preserved.

An example of brutalist architecture in Brazil and one of the main tourist attractions of the capital of São Paulo, nowadays the MASP is the most famous museum of Western art in the Southern Hemisphere and one of the best museums in the world. The museum has five floors which house a collection of over 8,000 items, covering a time frame from the 4th Century BCE through to the contemporary age.

The works of art on show in the museum include works by Rembrandt, Van Gogh, Renoir, Cézanne, Monet, Manet, Picasso and Modigliani. From the Italian School, the names represented include Rafaello, Bellini, Andrea Mantegna and Titian. From the Spanish school, artists represented in the museum include El Greco, Goya and Velázquez. The museum also has 73 sculptures by Degas and bronze works by Rodin.

Among the artists from the Americas, the highlights are the paintings “Peasants” and “Las Ilusiones” by Diego Rivera, and the sculpture “Mobile” by Alexander Calder. There are many Brazilian artists represented here, including Cândido Portinari, Di Cavalcanti, Anita Malfatti and Victor Brecheret, to name but a few.

Since 2008, MASP has been a member of the 19 Club, which brings together the museums that have the most representative collections of European art of the 19th Century. This list also includes other famous museums such as the Musée d’Orsay in Paris, the Metropolitan Museum in New York, the Van Gogh Museum in Amsterdam, the Galleria Nazionale d´Arte Moderna in Rome and the Tate Gallery in London.