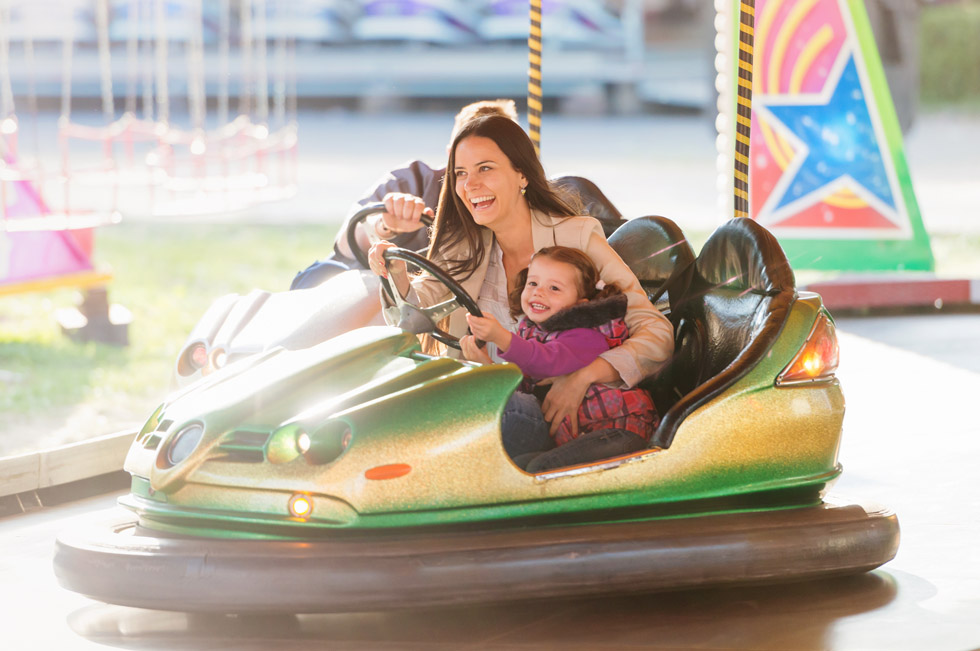 Very few leisure pursuits are so much fun to do with your children than trips to theme parks. In Brazil, there are many attractive options for the whole family, some of which rank among the best in the world. Check out our list with the five best amusement and water parks in the country and plan your next trip.

BETO CARRERO WORLD
The Beto Carrero World complex is the best park in Latin America and the sixth best in the world, according to the Traveller’s Choice of travel and tourism site TripAdvisor. First opened in 1991, this amusement park has over 100 attractions distributed among several theme areas such as the “Island of Pirates”, the “Wild West”, the “Land of Fantasy” and “Madagascar”.  This park is in the city of Penha, in the state of Santa Catarina, in Southern Brazil. Information and bookings through the Internet on www.betocarrero.com.br or by telephone on +55 (47) 3261-2222.

BEACH PARK
The second best water park in the world according to TripAdvisor, the Beach Park is the best water park in Brazil and stands in the town of Aquiraz, in the state of Ceará and very close to Fortaleza, the capital of that state.  There are 18 different attractions and a total volume of 7,793,000 litres of water in this, the largest water park in Latin America. The options include relaxing pools such as the “Enchanted Current”, through to more radical attractions such as the “Insane” water slide: this water slide has a free fall of 41 metres, which is equivalent to a 14-storey building. Information and bookings through the Internet at www.beachpark.com.br or by telephone on +55 (85) 4012-3000.

HOT PARK
With natural hot springs, the Hot Park is the seventh best water park in the world, in the league table drawn up by Traveller’s Choice. Situated in the heart of Brazil, in the town of Esplanada do Rio Quente, in the state of Goiás, it has attractions such as the “Xpirado” water slide, which is 35 metres high, and the “Acqua Race” with a total descent of 110 feet on three different tracks. The park also has ecological diving, abseiling and a zip line. Information and bookings: on the Internet at www.hotpark.com or +55 (11) 3512-4830.

FLORYBAL MAGIC LAND PARK
The Florybal Magic Land Park, now the sixth best theme park in South America and the fifth best park in Brazil according to TripAdvisor, was opened in 2011. The idea here is that of transporting the visitor over to an enchanted land, where the visitor comes across castles, dinosaurs, mermaids, goblins and fairies. This park is situated in the city of Canela, in the southern Brazilian state of Rio Grande do Sul. Information and bookings on the Internet at www.parqueterramagicaflorybal.com.br or by telephone on +55 (54) 3282-5050.

MIRABILÂNDIA
Situated in Olinda, in Greater Recife, in the state of Pernambuco, Mirabilândia is the third largest amusement park in Brazil. Here there are 35 attractions which are divided into four categories: terrifying, adventure, kids and families. The highlights of the park include “Thunder”, a pendulum-type swing which stands 25 metres above the ground, and the “Move It” with turns and inversions, the only equipment of its kind in Brazil. Mirabilândia is also famous for its “Hour of Terror” which takes place between October and December and brings actors dressed up as terrifying characters, scattered around the park. Information and tickets are available on the Internet at www.mirabilandia.com.br or by telephone at +55 (81) 3366-2000.