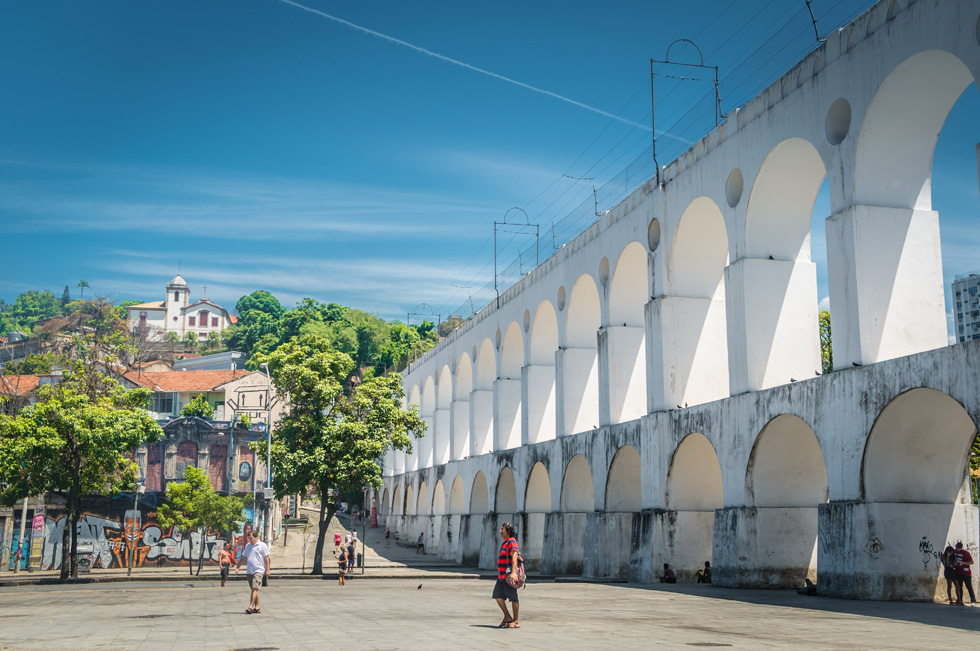 Very few things are as typically carioca (from Rio de Janeiro) as the district of Lapa in the city of Rio de Janeiro. The famous architectural arches of this neighbourhood have become a stage for several parties that are spread throughout the week, even though Fridays and Saturdays are the days when the party scene is most pulsating. Known as the “Rio Montmartre” (Montmartre Carioca), after the artistic neighbourhood in Paris, France, Lapa is also frequented by artists, intellectuals and people in general.

Samba, Choro, rock, funk and electronic music: it is possible to find just about everything in this Bohemian area. Whether in the open, through narrow streets, in the imposing large houses of the neighbourhood, or in bars and night clubs, there is always something for music enthusiasts. In this article, we draw attention to some of the attractions that have wooed tourists and also free people who pack into Lapa throughout the year.

Fundição Progresso is a cultural centre focused on several different types of art, including theatre, cinema, plastic arts, dancing, and the circus. However, it is music that steals the scene in the nights of Rio de Janeiro. Several famous names on the musical stage, including Caetano Veloso, Los Hermanos, Franz Ferdinand and Manu Chao, have already performed there.

At this same venue, it is also possible to catch rehearsals of famous Carnival groups such as Monobloco, Rio Maracatu and BangalafumengaYou may check out the performance schedule at http://www.fundicaoprogresso.com.br/.

Flying Circus is another important cultural reference in Lapa. First established in January 1982 in the iconic neighbourhood of Arpoador, this circus has been operating in Lapa since October of that same year, having been closed from 1996 to 2002. Currently, the site is home to activities focusing on education and artistic expression, as well as being a stage for shows and festivities.

During the Olympic period, the venue hosted shows by famous names such as Jorge Ben Jor, Roberta Sá, Los Sebosos Postiços and Hamilton de Holanda. You may check out the event schedule and programme by visiting http://www.circovoador.com.br/.

The little bars in Lapa are a trademark of this location and also offer live music and parties in the neighbourhood. During the week, these bars get very busy, particularly in the traditional periods known as ‘happy hours’, which are moments for people to get together after work. At weekends, the doors remain open until dawn.

There is a broad spectrum of available options, from the least expensive bars known as botecos to those with a more sophisticated environment. In the latter ones, apart from enjoying a tipple or a pint of draught beer, it is possible to have a decent meal and even enjoy a show presented by bartenders.

Among all the relaxing watering holes, Bar da Cachaça offers its famous Brazilian alcoholic drink (cachaça) with a flavour of jambu (spot flower), which makes your mouth go numb. For something more refined, visit the Rio Scenarium, which has been elected one of the ten top bars in the world by the British newspaper The Guardian. If you are looking for a night out with a difference, then try out the Brazooka beer house, which has a karaoke and also some snooker tables.