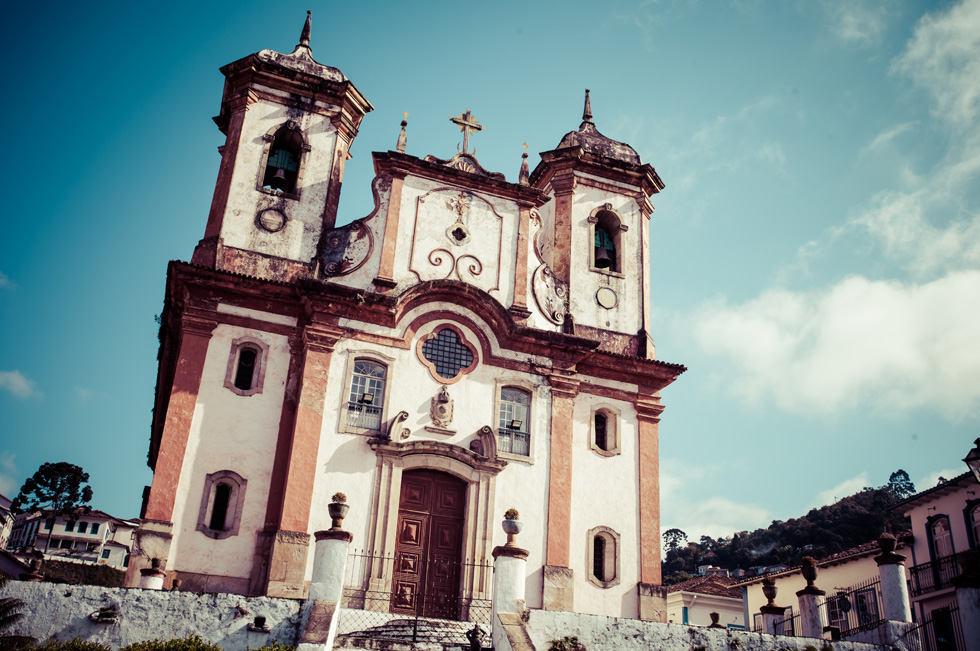 Religion is a serious topic in Brazil, to the extent that there is a famous Brazilian saying that religion is one subject that must never be discussed with others. The Brazilians’ devotion to their respective religious creeds and beliefs has inspired a highly unusual tourism market: religious tourism. In addition, these trips are not just restricted to the Roman Catholic faith.

Apart from pilgrimages and churches, Buddhist temples, Shamanic communities, spiritualist centres and mosques are part of the more than 100 attractions which are scattered around some 350 Brazilian municipalities. In this article, we have highlighted some of the more popular tourist destinations within this sector, which serve some 18 million Brazilians every year.

One cannot talk about religious tourism without mentioning the small town of Aparecida do Norte, in the State of São Paulo. This city welcomes some 10 million pilgrims per year, who visit the basilica of Our Lady of Aparecida, the patron saint of Brazil.

As one of the largest Roman Catholic churches in the world, this sanctuary has, as its main attraction, an image of the saint, 29 centimetres tall, that was found by fishermen back in 1717. Aparecida do Norte gets particularly busy in the month of October when Our Lady of Aparecida’s saint day is commemorated on the 12th.

Buddhist Temples in São Paulo and the Rio Grande do Sul

Among the Buddhist temples in Brazil, the main attractions are the Zu Lai Temple in Cotia, in Greater São Paulo, and the Khadro Ling in the town of Três Coroas, in the state of Rio Grande do Sul. Together, Buddhist temples are visited by some 150,000 people per year.

The Zu Lai Temple is the largest Buddhist sanctuary in Latin America. The temple has an intense cultural agenda, with ceremonies and festivities which take place throughout the year. The Khadro Ling temple stands out mainly for its prime location, atop a mountain and surrounded by native forest.

Shamanic Community in the State of Acre

Very popular in Peru, mystic tourism is also present in Brazil. The most significant location here is the Mutum Community in the State of Acre. The Mariri Yawanawá Festivities are held here every year, over a period of five days dedicated to healing, dance, music and spiritual expressions.

To take part in this festival, you have to sign up through the official website (http://www.festivalyawa.org/), as there is a limit of 150 participants from outside the surrounding Native Brazilian communities. The festivities take place in October every year, and the trip to the tribe takes about three days, setting out from Rio Branco, the capital of the State of Acre.

The birthplace of the famed spiritual medium Chico Xavier, the city of Uberaba in the Brazilian state of Minas Gerais, had welcomed throngs of tourists ever since the 1970s when Chico became a phenomenon throughout the country. Currently, after the death of the religious leader, this location receives visitors interested in getting to know the house where Chico once lived and also in having consultations with mediums, who follow the line of the primary person responsible for publicising the spiritualist doctrine in Brazil.

The flow of visitors should pick up further when the Chico Xavier Memorial starts operation. The venue location, which brings over 187 works penned by Chico Xavier himself, as well as photographs, videos and a hologram of the medium, has already been officially inaugurated, but shall only open for public visitation in September.

Foz do Iguaçu is better known for the world-famous Iguaçu falls. However, religious tourism is also intense in the region. The Al-Khatab mosque is the third most popular tourist attraction in the municipality and welcomes some 60,000tourists every year.

The mosque has traditional Islamic architecture, with an octagonal building and two minarets. The interior brings together Arabic inscriptions, stained-glass windows, and arabesques. The venue has a tour guide on the site, and admission is free of charge.