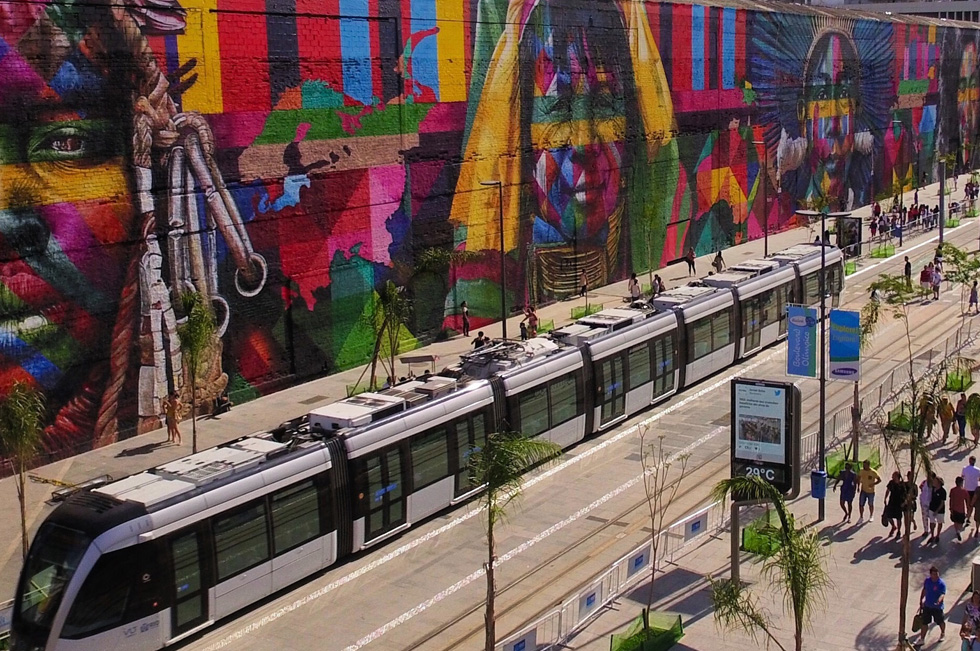 Many records were broken during the Olympic Games recently held in Rio de Janeiro, ranging from historic figures in sports such as swimming and athletics, through to record numbers of passengers transported by the local Underground system and of visitors to the museums of the Marvellous City. The “Ethnicities” mural by graffiti artist Eduardo Kobra has joined the troupe. With a total area of 2,600 square metres (28,000 square feet), this work has now been recognised, by the Guinness Book of World Records, as the largest single graffiti item in the world, and shall therefore have an entry in the latest edition of this famous book of superlatives.

The work comprises five faces, representing five peoples around the world: the Huli of New Guinea; the Mursi from Ethiopia; the Kayin from Thailand; Supi people from Europe; and the Tapajós from the Americas. The ultimate aim is to depict the union of nations, with reference to the five Olympic rings. With the subtitle of “Peace between peoples”, the graffiti was made in a former run-down building on Orla Conde, in the port area of the Marvellous City, a region that was also home to the Olympic Boulevard.

To carry out this work, it was necessary to spend three months studying and drawing drafts, in order to reach the perfect design. There were more than 10 experimental drawings.

Before starting the graffiti art, Kobra had to restore the wall, in a process which lasted about a month. The work was painted in 40 days, with 12 hours of work every day, and had the collaboration of 12 helpers and the use of seven hydraulic lifts.

According to the artist, the biggest challenge, apart from the sheer magnitude of the project, was that of facing the baking-hot sun of Rio de Janeiro. Apart from the intense searing heat, the sunlight reflected against the walls made the colours more difficult to see. In addition, to reach the height of 17 metres, the security of the team had to be tightened.

In all, the work used up 1,800 litres of white paint for the background, 3,000 cans of spray, 700 cans of coloured paint, about a hundred 18-litre pails of acrylic latex, and one hundred and fifty 3.6-litre buckets of synthetic enamel. The picture, that was responsible for another record during the Olympic period (the highest number of selfies), continues to attract the attention of visitors, who also see the welcoming spirit of Rio de Janeiro in the five faces and also the variety of colours present in the Brazilian nation.