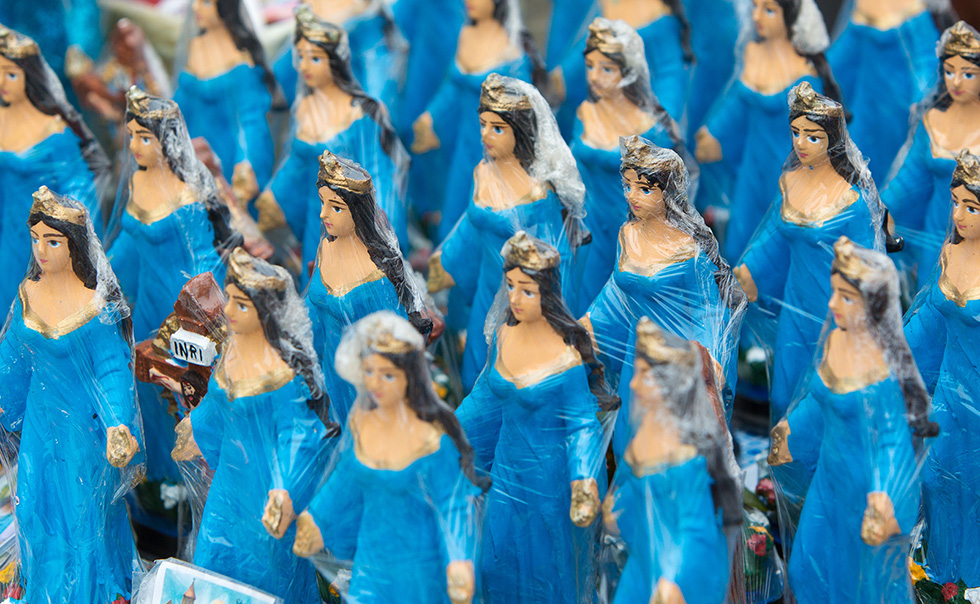 Anyone going to the iconic Copacabana beach bedecked in white attire on New Year’s Eve, ready to throw flowers in the sea and jump over seven waves may not even realise it, but he or she is participating in a celebration which originated in the Afro-Brazilian religion known as Candomblé.  Since the 1970s, this practice has been common among the followers of this religion on the beaches of Rio de Janeiro’s touristy South Zone.

In the 1980s, this ritual started to attract the attention of people outside the religion, who would get together on the beach to watch the Candomblé followers see the new year in. It was only in 1992 that this festivity started be on the list of events organized by the Rio de Janeiro City Hall, incorporating shows and a firework display into the celebration proper.

The famous ritual on New Year’s Eve is part of the Yemoja Festival (Festa de Yemanjá, in Portuguese). This ritual includes making offerings to the Orisha inside the boats, with requests and expressions of gratitude. The boats are then launched out to sea and, if the boats are carried away by the waves, this means that the Queen of the Ocean has accepted the request or the acts of kindness. If the offering is brought back to the sand, then this means that the gift has not been well received by the Yemoja, the Queen of the Ocean.

The offerings include a wide variety of objects, from roses to food, perfumes, or even money. The symbolism of the number seven is very prominent, and the most commonly offered gifts for Yemoja include sets of seven white flowers or seven coins of equal value. Popcorn and talcum powder also have a close connection with the figure of this Orisha.

The ritual is celebrated alike by followers of Candomblé itself, people who practice other religions, and even people in Brazil who do not have a religion. This is because, more than just an offering to Yemoja, this festivity is an authentic rite of passage, thanks, and rebirth. Apart from Copacabana, similar festivities can also be seen on the beaches of Barra da Tijuca and Recreio dos Bandeirantes.

Even though the celebration on New Year’s Eve is the best known, it is also possible to participate in festivities for Yemoja on other dates. The followers of Candomblé celebrate the Queen of the Ocean also on 2 February; the followers of Umbanda, in contrast, have this celebration on 8 December. In all these celebrations, the ritual is the same and the beaches get very busy.