Rich in cultural history and renowned for its natural beauty, Rio de Janeiro flourishes with a unique flair. Settled initially by the Portuguese in 1502 and established over half a century later in 1565, the natural port of Baia Guanabara was widely acknowledge as a strategic and economic stronghold. Following years of war over the territory, the Portuguese expelled French colonialists to firmly establish their presence and influence in the area throughout the following 200 years. Within this time, Rio de Janeiro grew to become a port of major significance, thriving under the boom of the sugarcane industry in the 17th century, bringing in an influx of wealth to the region.

At the start of the 18th century, Rio de Janeiro underwent an unprecedented transformation resulting from the initiation and spread of gold and diamond mining. This drew a heavy migration of people from the European continent and thereby significantly altered the cultural and ethnic landscape of the city. Through economic expansion and demographic diversification, Rio grew from a colonial establishment to an indispensable geographical stronghold, replacing Salvador as the capital of Brazil in 1763. 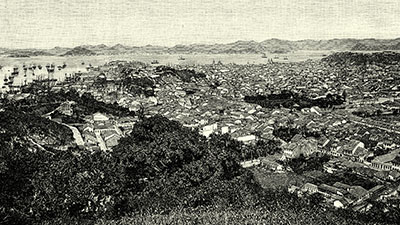 Following an economic decline due to increasing competition in the sugar market and depleting gold and diamond reservoirs, Rio enjoyed prosperity again after the resettlement of the Portuguese royal family and the emergence of the Brazilian coffee industry in 1808. This marked the beginnings of a remarkable cultural and architectural transformation in the landscape of Rio, with significant increase in investment in modern infrastructure, the paving of new, lit roads and country houses to accommodate the growing middle class. Cultural vitalisation came in the form of novel establishments for the arts including the Royal Press, the Royal Library, the Theatre of Saint John, and the Academy of Fine Arts. After the departure of the Portuguese royal family in 1821, Rio had begun to flourish as a bustling, modernised city. The following year, Brazil achieved independence and Rio saw yet another phase of cultural and economic rejuvenation, and was named as the capital of the newly established Republic. 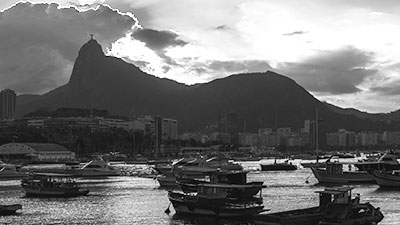 Throughout the 19th century, Brazilian industry diversified and extended beyond coffee and sugar to cotton and rubber. Critical infrastructure such as the Brazilian Railway and the initiation of steamship services were also modernized and worked towards streamlining trade. By the end of the century, Rio had become one of the largest cities in the world and had been transformed from a largely agricultural society to one of industrial might. With this considerable economic momentum, Rio headed into the 20th century in full swing, exceeding 1 million inhabitants by 1920. At that time the tourism industry in Rio began to flourish, establishing Rio as a prime destination for international visitors who were seeking to experience the unique flavour of a bustling metropolis so profoundly rich in worldly influence. 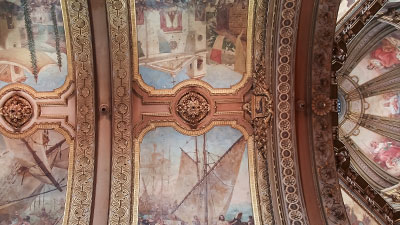 As the host of the 2016 Olympic Games, Rio heads into the coming years with undeniable vitality, while retaining its reputation as one of the most beautiful urban centers of the world.