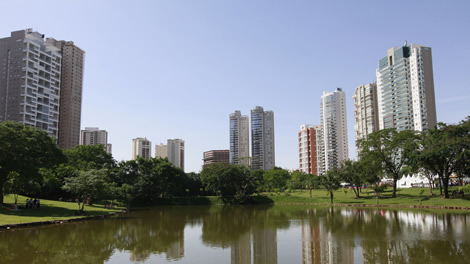 Goiânia is another planned city. Founded in 1933, this city, like Brasília, has an axis running north to south called Avenida Goiás. The city then radiates in circles outwards. The main architect for the city was Atílio Correia Lima, who, according to the trend of the time, designed it with an Art Deco style. This makes the city unique, as the prevailing architecture in other cities lean towards colonial or modernism.

Goiânia has many parks surrounding and in the city to visit. Parque Flamboyant is located near the city center and is now one of the most visited. There are also museums to indulge in, such as Centro Cultural Oscar Niemeyer, which depicts Brazils planned cities and the history of them.

The Southeast region of Brazil is where all the action is. It is the economic and cultural center, holding the most famous cities in Brazil, Rio de Janeiro and São Paulo. Of course there is more to visit than just these two cities. 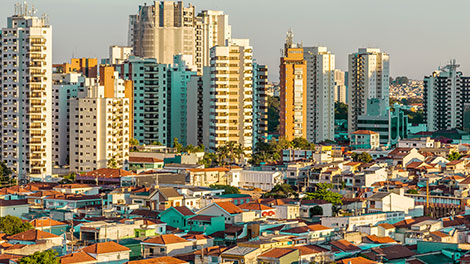 Paraty is a coastal historic town located inbetween São Paulo and Rio de Janeiro. It was used by the Portuguese to export gold mined from Brazil back to Lisbon. When the gold stopped flowing through the city, development stopped and Paraty was locked in time until it was rediscovered as a tourist destination. Now it is a great place to visit if you want to see some cultural heritage sites, as well as bask in the beauty of the clean waters and the surrounding jungle.

The Historic old center looks as it did in the 18th century, with its colonial buildings and cobblestone pathways all there for you to explore. Outside of the city, there are many hiking trails and you can go kayaking throughout the bay. There are also many exquisite beaches. Paraty is the cachaça center of Brazil, so much so that a century ago, cachaça was known as parati. Pick up a good bottle or two. 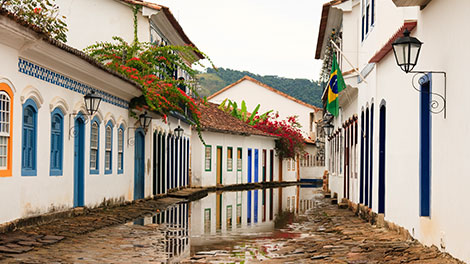 Ouro Preto is Brazil’s best preserved colonial town and also a UNESCO world heritage site. This city was the epicenter of the gold rush in the 1700s.  The city quickly swelled and became twice the size of New York City and 5 times that of Rio de Janeiro at the time. It was also one of the first towns to protest for independence against the crown in Portugal. By the end of the 19th century, the gold prospecting came to a halt, and thus the city came to a halt as well. Now it is a beautifully preserved colonial city, full of history that many Brazilians and foreigners visit today.

There are many beautiful colonial buildings to explore, most of which are museums and churches. Some of the old gold mines are also open for tours. Teatro Municipal is the oldest functioning theater in South America — opened in 1770 and still has occasional evening concerts. Itacolomi state park nearby also has very nice hiking trails. 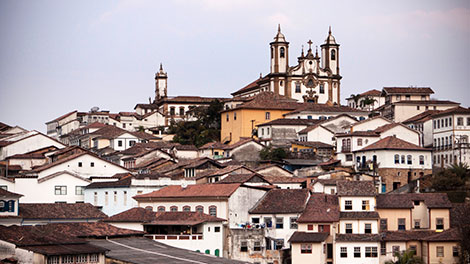 Porto Alegre is the city of the gaúchos, meaning cowboy, or simply just resident of the southern most province Rio Grande do Sul. The identity of the gaúchos is strong in Porto Alegre, as a revolution was sparked in the city to gain independence away from Brazil in the 1800s. Ultimately this did not happen. Porto Alegre is also one of the richest cities, and enjoys a very high quality of life and literacy rate, giving it the nickname the book capital of Brazil.

There is a special bus route called the Linha Turismo, especially for tourists. It takes you to all the sites in Porto Alegre. The Usina do Gasômetro is an old power plant that has recently turned into an art area. There are movie theaters and art exhibitions to explore. This is also an ideal place to catch the Porto Alegre sunset. The city parks are also worth visiting, Parque Farroupilha features an antiques fair every Sunday where you might be able to pick up some rare oddities. Every November the Feira do Livro, or book fair, is held. Here you can find a wide variety of books, and even some rare ones for cheap prices. 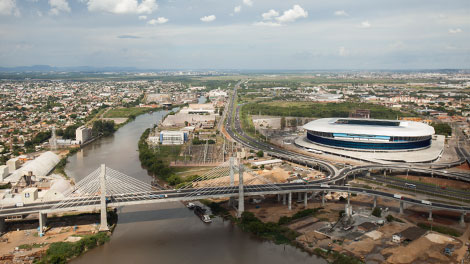 Foz do Iguaçu is a small city near the border of Argentina and Paraguay. It is a relatively modest place, except for one thing, the majestic and magnificent Iguaçu Falls. These waterfalls are truly a sight to behold. The thundering waterfall is a collection of turbulent drops culminating in the Devil’s Throat. It is a U-shaped 82 meter high, 150 meter wide and 700 meter long spectacle.

When looking for tours to the falls, it is important to note that some of it is located on the Argentinian side. Passports will be needed, but authorities are pretty relaxed if you are just visiting the falls. Though the most beautiful view is on the side located in Brazil, so if going into Argentina for the whole view is too troublesome, you’ll be quite well off staying on the Brazilian side. The city of Foz do Iguaçu has some nice hotels and resorts that are overlooking the falls, which can be great for a romantic getaway. The numerous parks around the city also offer great hiking, and wildlife sight-seeing. 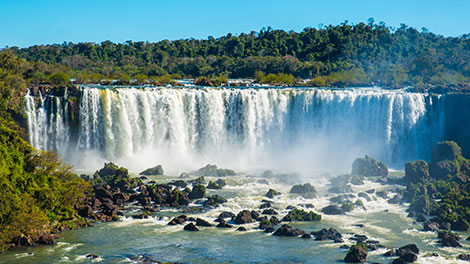 Campo Grande is a modern town situated in the middle of Brazilian cattle country. Also known as the brown city due to the color of the local soil. It includes an amalgam of native Brazilian and diverse range of other overseas cultures. It is a regional center for services and commerce for the country, and a gateway for travelers to the southern part of the Pantanal and to Bonito.

When in Campo Grande you must definitely explore the local crafts, which you can do at the Casa do Artesão (Craftsmen’s house) and Barroarte, and natural products such as araca and bocaiuva fruits, as well as local spices, grains and home-made candy at the António Valente Municipal Market. Inferninho Park located outside of the urban perimeter has some waterfalls, and Park Florestal António de Albuquerque, or Horto-Florestal, is a prominent landmark boasting 4.5 hectares of greenery including some species of native trees. The main appeal to Campo Grande however is its proximity to the Pantanal. The Pantanal is a flood plain rich in wildlife. It is the perfect location for a safari as the wide-open plains are easy to navigate and beautiful to behold. Tour operators are abundant and can accommodate almost any length of visit.