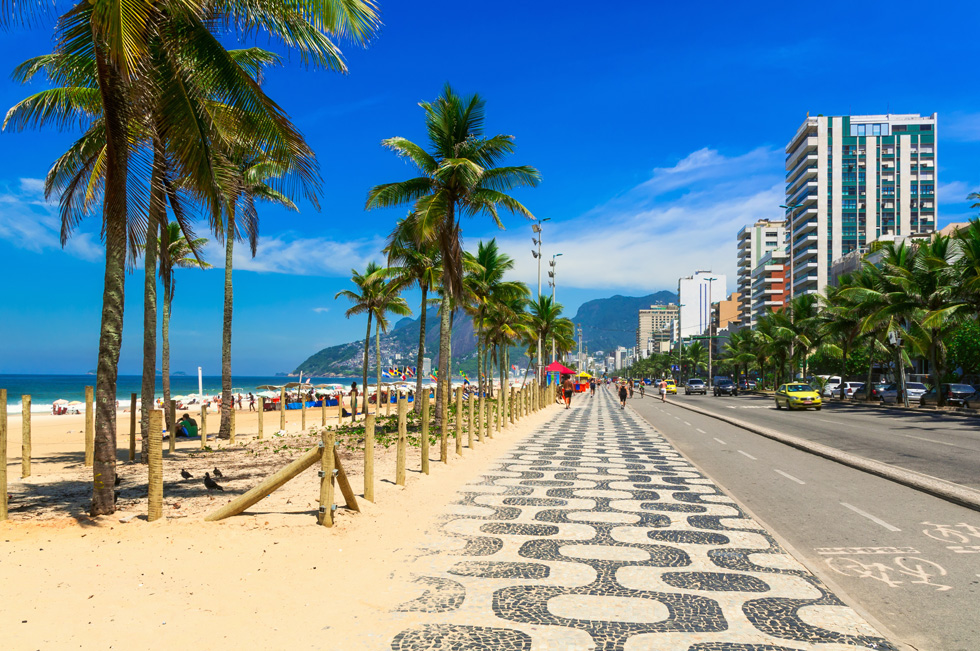 Nearly every country in the world has its stereotypes, and this is also the case with Brazil. Largely exploited by Hollywood films, the idea that Brazil is a tropical paradise with exotic customs, where everything comes down to football and Carnival, is still present in the minds of many people who have never visited the country. However, the fact is that Brazil is not exactly as many foreigners imagine it is. Check this out!

What they think: Many foreigners think that Brazil is just one large beach, that all Brazilians are sun-tanned and live in tropical attire throughout the year.

Why it is wrong: Brazil has a very long coastline, totalling 7,491 km in length from Oiapoque (Amapá) to Chuí (Rio Grande do Sul), and many of its beaches are famous throughout the world. However, the vast majority of Brazilian cities and towns are nowhere near the sea. Indeed, out of the 26 Brazilian states, nine are completely landlocked. In addition, the tropical climate is not present everywhere in the country. The climate in Brazil is very varied, from the semiarid region where temperatures are high and rain is scarce, through to the subtropical south which has mean annual temperatures of only 13 °C (which is 55 °F).

What they think: The Brazilian Amazon Rainforest is very rich and dense, and famous all over the world. For this reason, foreigners often think that the whole of Brazil is blessed with the Amazon, and that all Brazilians have a close relationship with the forest.

Why it is wrong: Brazil is very large, and the Amazon region is very distant from much of the country. Most Brazilians have never even been to the North of the country, where most of the Amazon Rainforest vegetation is located.

What they think: Another common source of confusion is that, as Brazil has the richest biome in the world, the Amazon Rainforest is home to an abundance of different animal species, from wild boar (a message conveyed in the film Anaconda) through to killer ants (as in Indiana Jones and the Kingdom of the Crystal Skull).

Why it is wrong: These species not only do not exist in Brazil, but also they are native to completely different continents: Europe and Africa, respectively. Among the exotic species that do exist in the Amazon, we could mention the manatee, the scarlet ibis, and the electric eel, which are all much less dangerous than species which permeate the imagination of foreigners.

What they think: Many foreigners feel that Latinos are all alike. It is very commonly thought, for example, that the conga and the cha-cha-cha are types of Brazilian musical culture. Another point is that, as most of Latin America speaks Spanish, many people think that Spanish is also the official language in Brazil.

Why it is wrong: The conga and the cha-cha-cha are actually Cuban. In Brazil, one of the most popular musical rhythms is of course the samba, but there are many other typically Brazilian types of music, including the bossa nova, sertanejo (Brazilian country music), forró (typical music from the Brazilian Northeast) and Rio de Janeiro’s very own music, funk carioca. And the official language of Brazil is Portuguese.