Have you ever seen pictures of carnivals in Brazil, where thousands of dancers dressed in extravagant colorful costumes move their hips to the sound of music? Well that lively and gyrating dance is called the SAMBA! 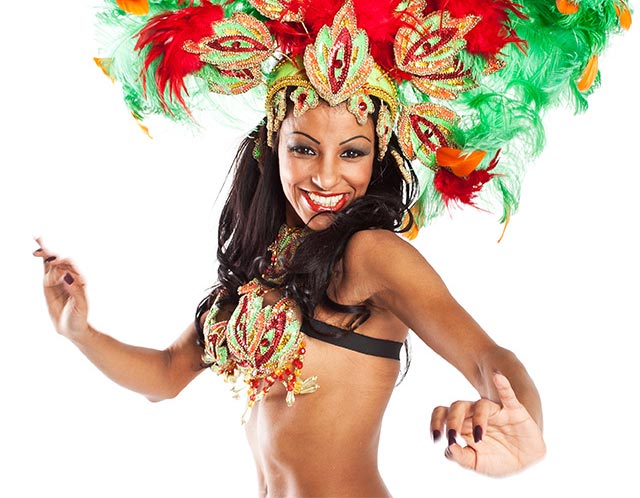 Originated in Brazil, this dance and style of music has its roots in Africa. The modern style of samba that Brazilians love today was created in the Favelas, or slums, of Rio de Janeiro in the 1900’s. Though an older form of samba, now called samba de roda has been danced in Brazil for several hundred years earlier.

The people in Rio de Janeiro loved it so much, neighborhoods would hold mini carnivals and danced samba together, these were called blocos. These blocos eventually grew into the samba schools in Rio now. Samba schools each have their own distinct form of samba. Every year during Easter, all the samba schools gather to show off their dance moves. This happens in Rio’s Sambadrome, where each school take turns to parade through the stadium in their colorful costumes, and of course dance their hearts out. 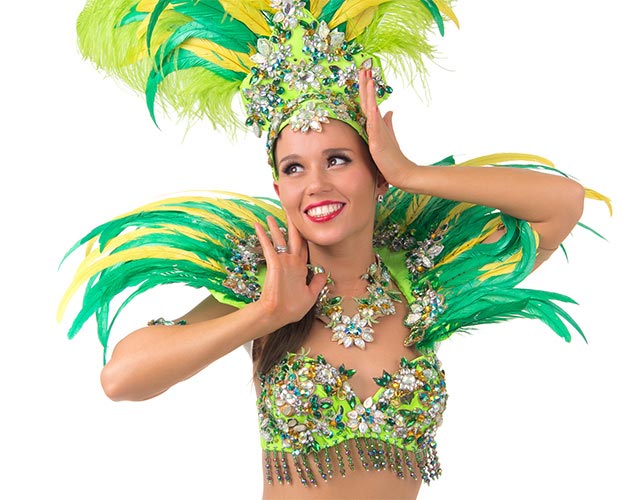 Dancing the samba is in principal simple. Anyone can learn how to do it! All you need is some good samba music and you are ready to go. Remember to move your feet to the beat and swing your hips! Hip movement is very important. Keep moving to the beat, relax and enjoy. In no time you will be able to do the Samba! Since the core of samba is so simple there are many variations of samba. The most common is Samba no pé. This is the solo dance that you will see at carnival. There is also Samba de Gafieira, which is samba with a partner, or modern versions of samba like Samba Reggae and Samba Rock.

Words does not put the energy of samba to justice. The only way to truly experience the fun of this dance is to go see it for yourself! The samba is Brazils’ national dance, there are samba shows, samba club and samba schools everywhere! Everyone in Brazil knows how to samba, and with the addition of a little music, they would be glad to show you!